Hello, Salam! Please fill in your details and our Director of Studies will be in touch!

What is the American Syllabus?

The American curriculum assesses students’ performance and achievement in all subject areas and expects high standards of comprehension across the board. The American diploma is an incredibly popular academic route for students as it allows them to continue studying multiple subject areas until they graduate and apply to university. This means that they do not have to narrow down any choices too early but can still specialize by choosing the Advanced Placement (AP) for particular subjects they thrive in.

How can we help?

At Feynman Education we understand that for some students performing equally across all subjects consistently throughout the 12 grades of the American curriculum school can be incredibly challenging. This is where we can help, whether it’s transitioning between your grades or helping to support the academic requirements of the AP courses, we can be there to assist at each step of your academic journey.

Who designed the American syllabus?

The “American syllabus” is a blanket name given to the education system followed in the United States of America. Due to its diversity across the country, some argue that a more fitting name would be “50 States, 50 curricula” as each state follows its own framework, tests, schedules and prioritises different subject areas. This can lead to a distinctive variation in quality and focus. Although there is a national guideline, this is only a rough guide with no statutory control of power over the local authorities.

Usually, international schools advertising they follow the American curriculum will offer a wide range of services from kindergarten to grade 12 and on a closer inspection will actually be following a specific state’s curriculum more closely. This might be worth enquiring about before enrolment.

At what age do you begin school if following the American syllabus?

Students are required to attend at least one year of kindergarten which generally begins at the age of 5, before starting elementary school. However, many American syllabus schools are also very accepting of students who have been homeschooled and so physical school attendance for these early stages is not always necessary. However it is important to bear in mind that some form of entrance assessment and homeschooling transcript is usually required.

How are the school stages separated?
Are there compulsory subjects you need to take each year?

Students are encouraged to learn through play and action during the early years, where a large focus is placed on social interaction and encouraging curiosity.

In middle school, the students are placed into more streamlined sets which help prepare them for either more academically rigorous options, such as college or university, or less academically demanding routes, such as vocational focussed courses. These streams are generally decided by a combination of councillors, administrators, parents and students.

In high school, the students are separated into even more streamlined courses, usually in line with what they would like to pursue for further education.

Across all three schooling stages the students continually study a combination of English, Mathematics, at least one Science, Physical Education and a form of Social Studies. Other subjects such as Languages and the Arts are introduced at various school stages, however these more niche focuses will depend largely on the specific state curriculum being followed.

Do you graduate from high school with a qualification?

Students will graduate with a High School Diploma, given that all the criteria are met. If, however, they do not get this Diploma, they can still test for the General Education Certificate (GED), but this is not of huge interest to many of the competitive tertiary education institutes such as universities and colleges.

What is the grading system in the American syllabus?

Most of the curricula follow a grading system which would involve students getting an A to E grade, whereby the letter would correspond to a number (A = 4, B = 3, C = 2, D = 1, E = 0). The scores throughout the academic year are compiled to provide each student with a final average grade for the year, the Grade Point Average (GPA). Certain schools can “weigh” the subjects differently, depending on their curriculum focus, so an A in sculpture could be worth 3, but an A in further calculus could be worth 5. The GPA is calculated each year throughout high school. A GPA of 4.0 is the highest attainable score.

The tests, quizzes and exams are created by teachers as there are no national curriculum examinations set by the United States of America. This means that students only sit internal assessments and are rarely moderated against other students outside of their own school. Throughout the year the students sit a variety of summative and formative tests and quizzes which all carry weight towards their final GPA. In subject areas where students would like to boost their grade some school and departments will allow extra credit submissions, this is generally something more practical or further reading to show interest and diversity of skill. This is a valuable addition to the grading system, particularly for students who do not perform as confidently in large exams.

How does the high school credit system work?

Most subjects are divided into two categories; year long courses will be worth 1.0 credit and semester long courses are worth usually 0.5 credits. The credits are weighted according to the course content, instruction time and coursework allocation.

During their high school career, each academic year students are required to earn a minimum number of credits. The total number of which increases by 6 credits per year. Generally, to graduate from freshman year students need to obtain at least 5.5 credits to progress into their sophomore year. They then require a total of 11.5 credits to graduate to Junior and 17.5 to become a senior. To graduate you need a minimum of 26 credits (24.5 in some cases).

In order to be awarded the credits from a course you need to pass the course and meet a minimum requirement, not just attend.

What happens if you do not meet the minimum requirement of credits?

If students do not meet this minimum requirement they can be offered to attend summer school in order to earn further credit in the subject areas they failed in. However, if they still do not receive enough credit they will have to repeat the academic year until they can graduate with the minimum requirement.

Is there a maximum number of credits you can earn?

In theory there is no limit to the number of credits you can earn as different courses can be used to boost your total credit. For example you can attend summer school even if you have not failed any subjects and have met the requirement, just to obtain further credits. You can also be awarded credits for additional project work and advanced courses such as AP programmes.

Universities look more favourably towards candidates with a higher number of credits, not just the bare minimum.

What are the requirements for graduating?

In order to graduate with the basic High School Diploma, students are required to have a total of 24.5 to 26 credits (depending on your school and future universities policy). This would involve credits from compulsory subjects and electives.

Home
About us
Services
Consultancy
Private Tuition
Articles
Resources
Careers
Contact
Testimonials
"I can say without a shadow of a doubt that they are the best tutors in the country. Their commitment to the student’s success is truly incredible."
CarlYear 13
"Chaand was great at explaining topics to me. The tutor helped me a lot in all of my subjects and I have noticed a huge improvement in my grades."
KhalfanYear 9
"It has been an absolute pleasure being taught by Maddie this year. I have continuously received the support I need and find myself thriving in lessons I used to struggle with through her invaluable explanations of concepts that used to seem foreign."
AishaYear 12
"I feel so much more confident with my work thanks to you and I wouldn’t have been able to do it alone. Thank you so much for everything."
SarahYear 11
"You were able to bring back that lost passion of starting from almost zero. Your commitment to bringing out the best in me is what I will be grateful for forever."
SalamaStudent
"Knowledgeable staff, availability on short notice, professional, easy to communicate and get in touch with. My son enjoyed the lessons and felt more confident after just the first lesson."
AmirParent
"Very professional tutoring service. Maddie is always punctual and prepared to teach the lessons. Very knowledgeable in the subject and works well with my son. She has improved his confidence more than we could have imagined."
JaneParent 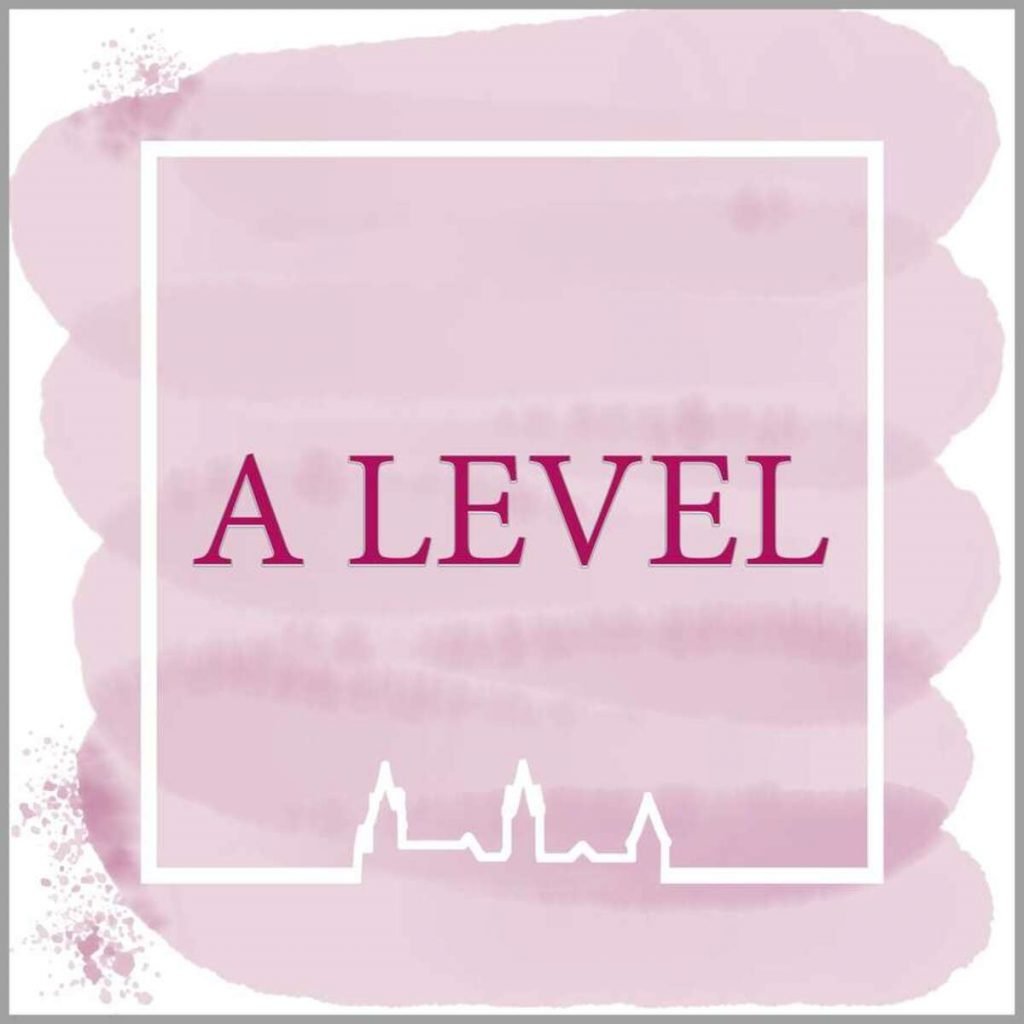 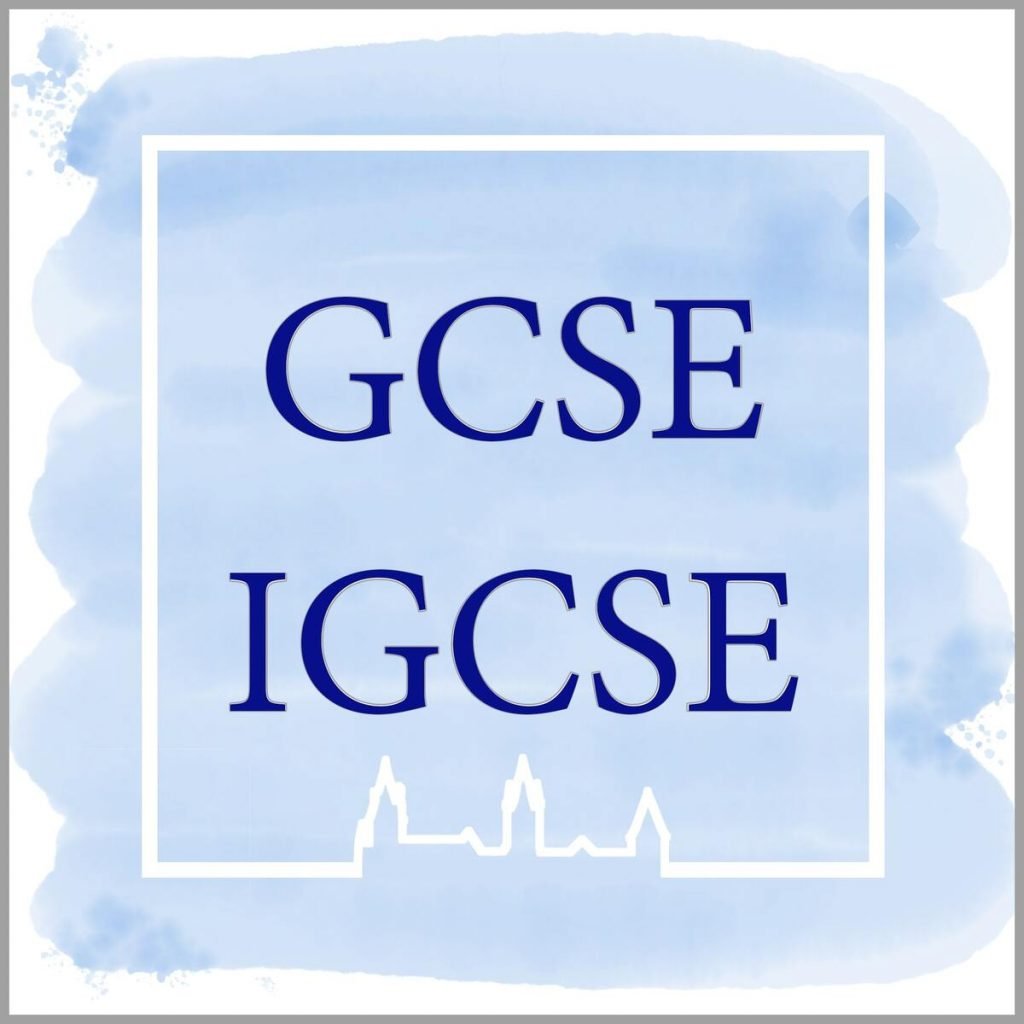 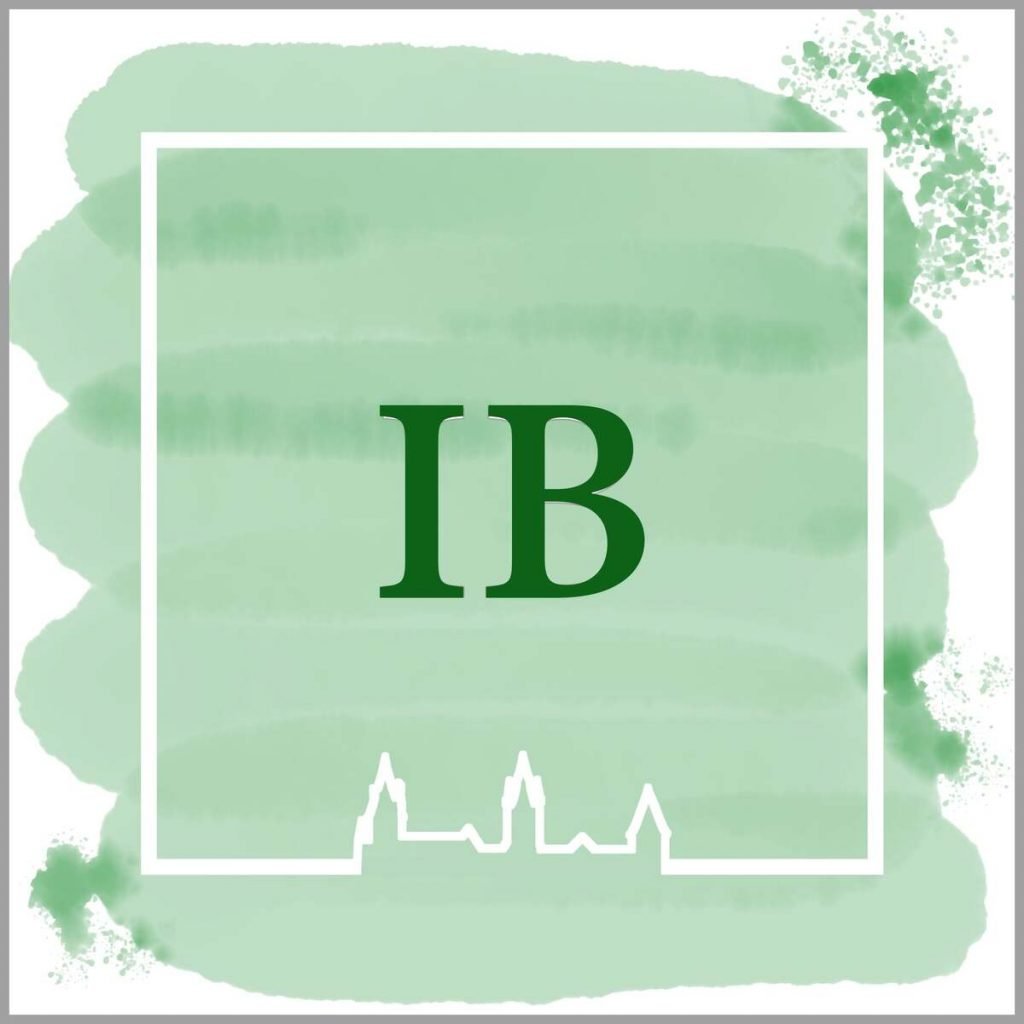 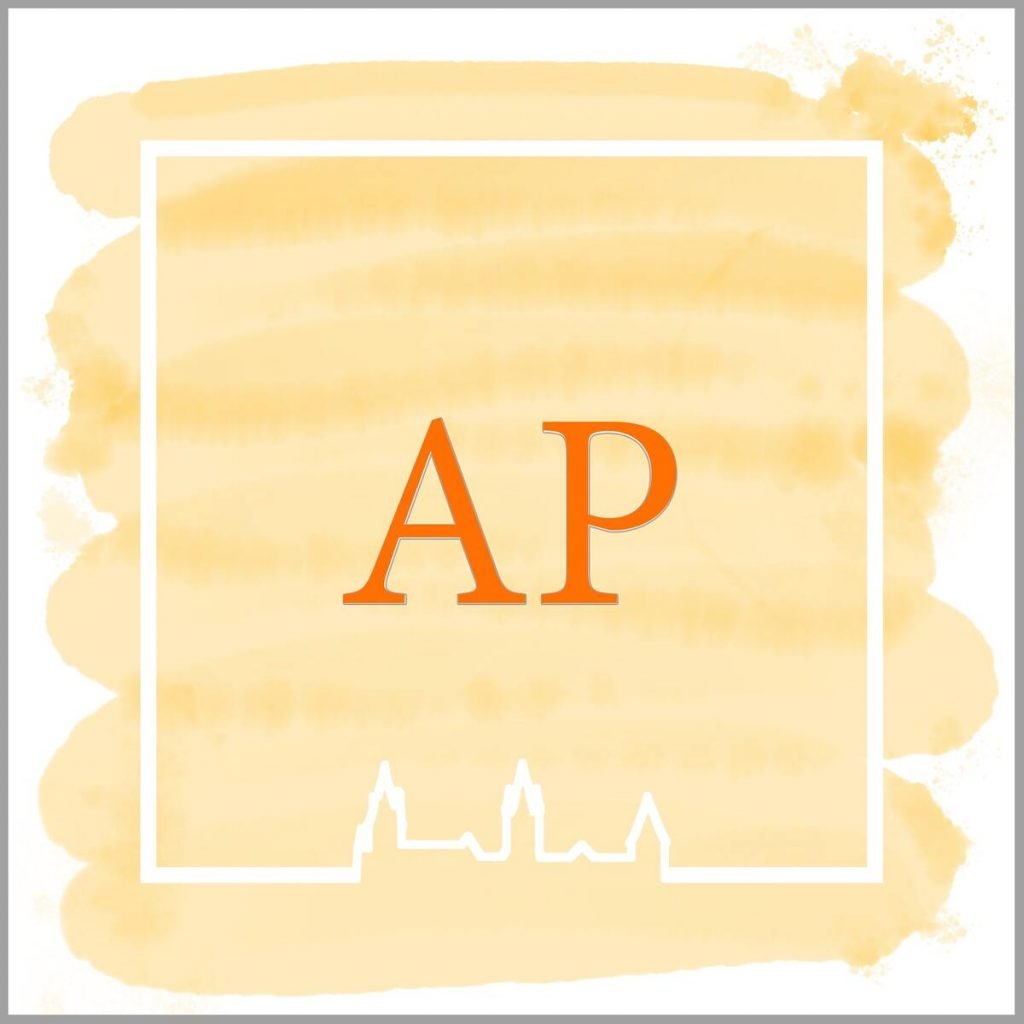 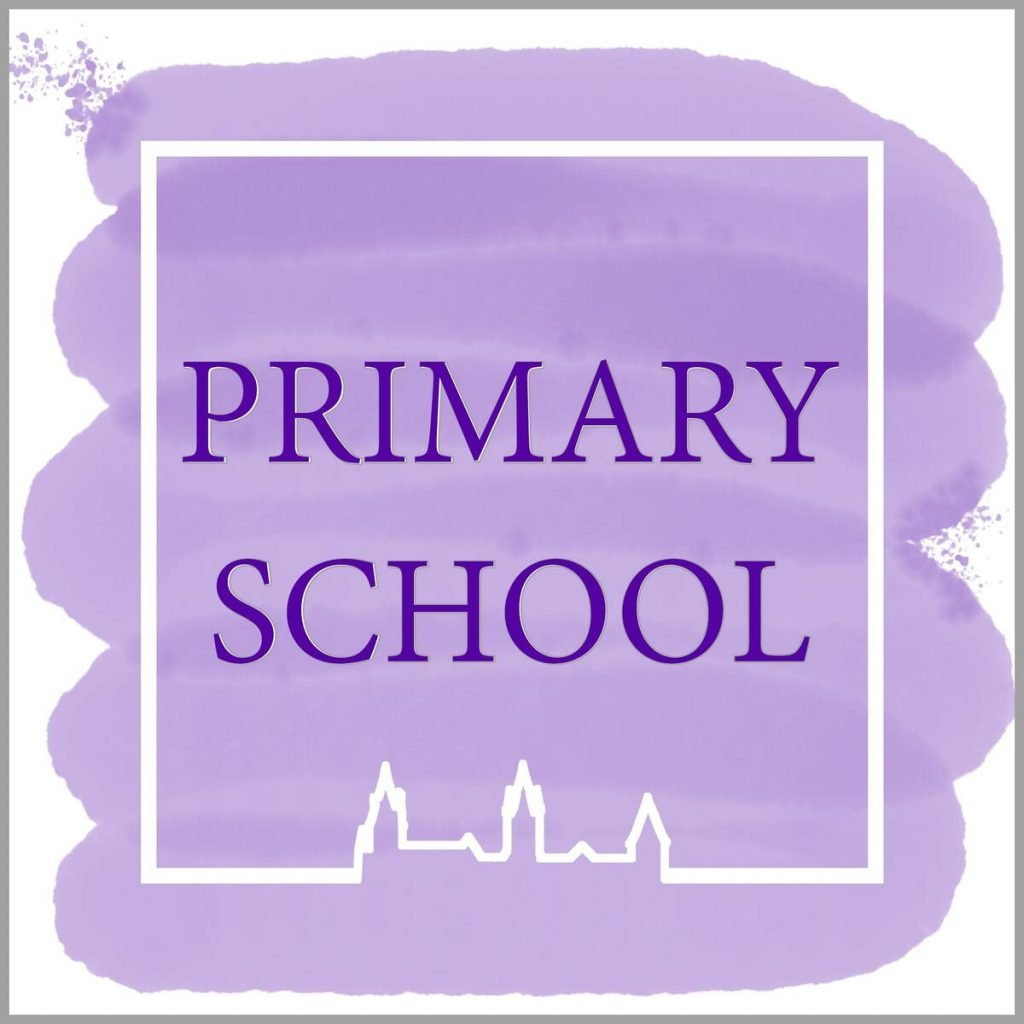 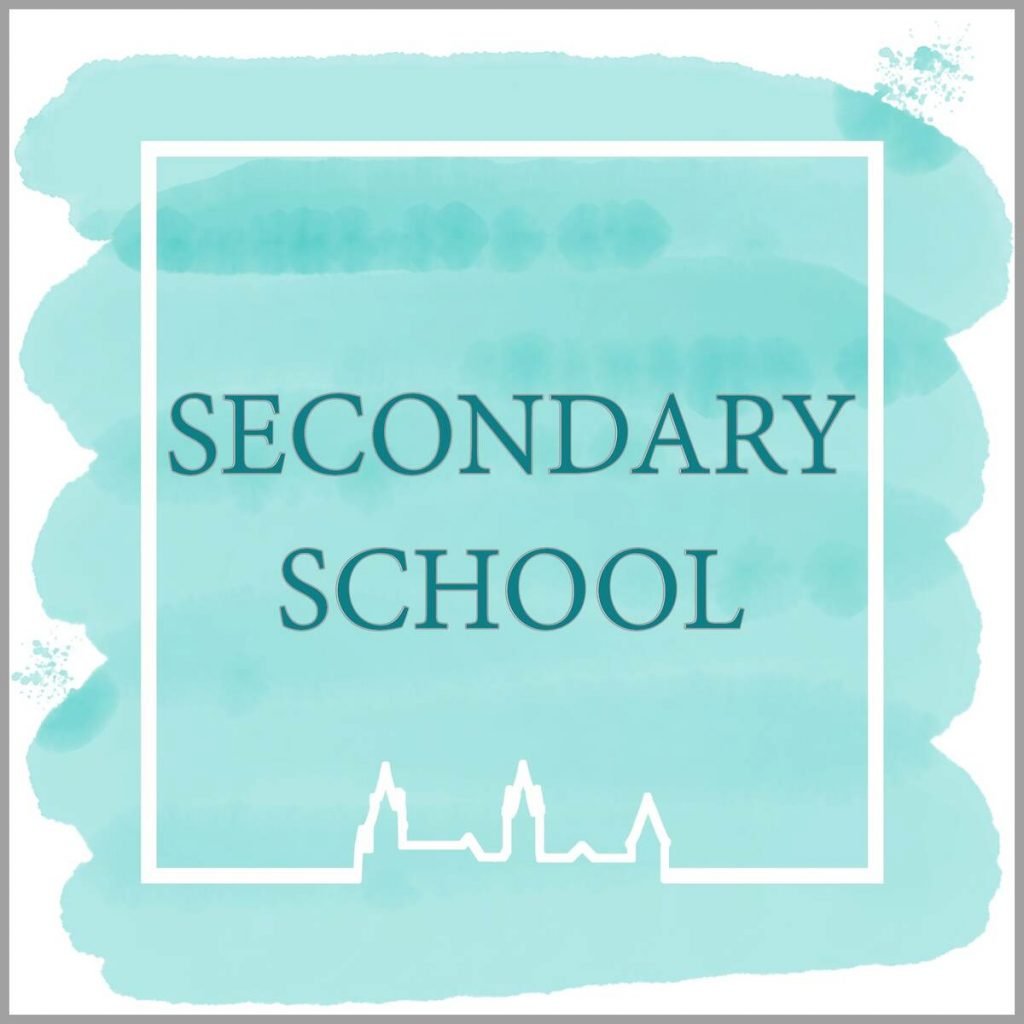 Back to Home
Articles

Feynman Education is registered in Abu Dhabi under trade license number CN-2325782. VAT Registration number 100589645900003. Use of this Site is subject to express terms of use. By using this site, you signify that you agree to be bound by these Terms of service.

Subscribe to ensure you never miss a live masterclass!

Be the first to secure your spot at our live masterclass and keep up to date with our latest news, articles and more!

Keep up to date with the latest from Feynman Education including masterclass reminders, new articles, the latest news & more!